SEASON ONE ONE ON DVD 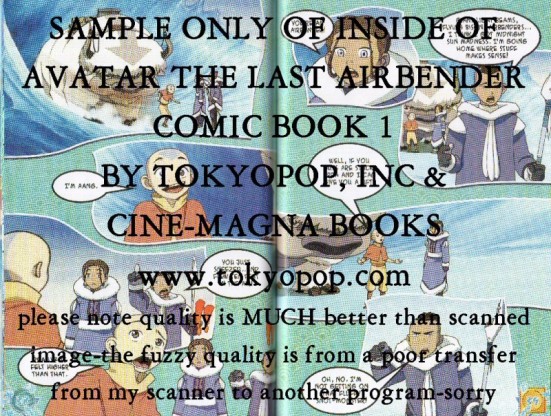 Avatar the Last Airbender: The Lost Scrolls Series, from Simon Spotlight publishing. (New series of Avatar illustrated paperback books coming out in the December 2006/Spring of 2007!)

Synopsis: Avatar: The Burning Earth continues the epic adventure of Aang and his courageous fight against the evil Fire Nation in order to restore balance in his war-torn world. Based on the second season of the Avatar animated series, players will join Aang and his friends as they master their skills and fight their way to defend the greatest Earth Kingdom city against a deadly Fire Nation invasion. Special Features: Multi-Player Action - Play alone or with a friend as Aang, Katara, Sokka and for the first time, Toph and Jet, as you battle enemies, solve puzzles or go on adventures to defeat the evil Fire Nation! Avatar State - Go into the Avatar State to unleash its awesome power on enemies! Fire bending - Play as Prince Zuko & Uncle Iroh and perform explosive fire bending moves! Flying levels - Control Momo and Appa in dramatic air battles! All-New Arena Combat - Play as a variety of characters for intense fighting action.

Synopsis: Play as Aang, Katara, Haru and Sokka as you grow your team into an unstoppable force, utilize your bending powers and explore the Avatar universe. Bring to life an adventure of intrigue, deception and revelation that exposes an even greater threat than the Fire Nation as you battle new enemies and master your bending skills.

AvatarToys.com for list of lastest Avatar action figures now available and to find a location near you.

Source Links for Avatar Legos and other Avatar Products